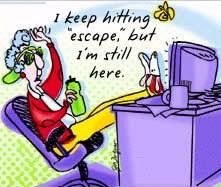 I never wanted to work at a “real job.” As a young girl, whenever I would  stay home from school sick, I would pretend I was a housewife. (It was the 60’s and 70’s people!) I stayed home to take care of the children, my husband, the cooking, cleaning, sewing and making gourmet cupcakes for my children’s classes, in addition to throwing Astronauts Wives Club style cocktail parties. In my mind, I had the homemaking skills of Aunt Bee, yet I looked like Margaret Anderson, played by Jane Wyatt on Father Knows Best.

Oh, yes. But first, I was going to do a brief stint after high school and into my early 20’s as a stewardess, known today as a flight attendant.

Now, while delusional thoughts CAN be a sign of mental illness, I prefer to more loosely describe my anticipation of adulthood as “just not realistic.”

But, as fate would have it, I met my future husband at age 17. Next thing I knew, I was 19, we were getting married and moving halfway across the country to start our new life. My mother slapped my new husband across the face, when words and foot-stomping failed to express her displeasure.

Along came our son about a year later, a daughter in another couple of years, and another daughter seven years after that. Kids costs money. Lots of it. And it pissed me the hell off that I wasn’t able to stay home full time to care for them. Sometime between the birth of my daughters, I discovered the internet. MomsOffice started slowly evolving, and has been 33 years in the making.

This blog is about my never-ending quest to be a stay-at-home mom, wife and now Granny Poppins. The heart wants what the heart wants.

I’ve worked “real jobs.” LOTS of “real jobs. But I was always unhappy. When you are crying on the downtown connector in bumper-to-bumper traffic on the way to a job that you HATE. To pay for the clothes you are wearing for your JOB (my uniform now is shorts and tank tops, or pajamas) that you don’t like, to spend all your waking hours with people you don’t like, and only coming home to shower, sleep and change clothes… It’s time.

I always knew there HAD to be a way to make it work. And I am. Well, you know…it is working out for the most part. Point is, I am able to make an income, and when there is fun stuff to do, I just don’t work. Simple as that. Of course, you will need to lower your expectations. Don’t expect perfection from me. You will be sorely disappointed. For example, if you do like me and just refuse to go get another “real job,” then you have no choice to make it work.

What will you find here? A lot of me just blabbering on about random things. Many moons ago, back in the late 1990’s – early 2000’s, I wrote a so-called “humor” column for a small town newspaper that became quite popular. I didn’t know it was a humor column until people called the newspaper office and said, “Oh my gosh! That is SO funny! Is it going to run every week?”

Once I decide to go under the stairs and dig out some old dusty newspapers and floppy discs (Google it!), I will be reposting them. Thrown in here or there, you will find some ideas about things I’ve done to generate an income at home. You can make as much or as little as you like. I don’t like to work real hard though. That makes it seem too much like a “real job” again.